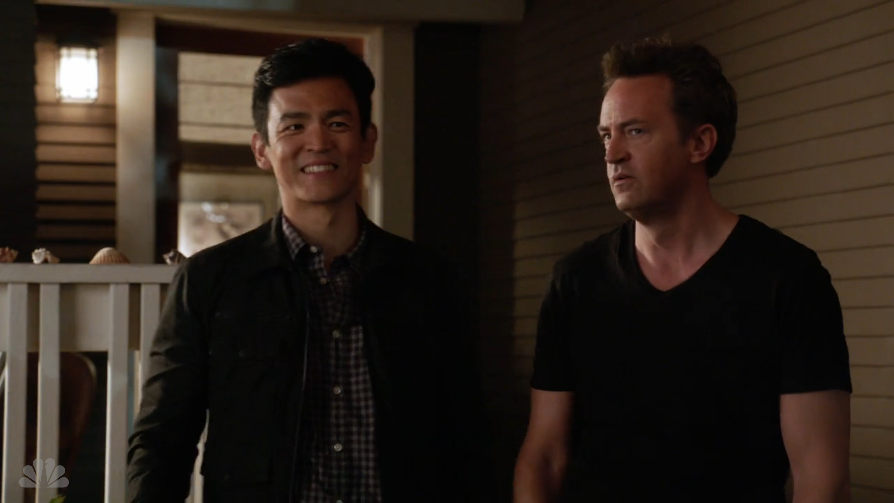 The premise of the show is a little morbid, but it works. Ryan (Matthew Perry) has lost his wife recently, and is ordered by his boss (John Cho as Steven) to attend group therapy sessions. In the group, Ryan is exposed to a bunch of other people also struggling with loss, and a very sincere counselor who works with them all (Laura Benanti as Lauren). Comedy ensues, and it’s been a show full of genuinely funny and also tear-jerking moments in the three episodes I’ve watched so far.

Episode 3, “There’s No Ryan in Team” aired last week, and was the most we’ve seen of John Cho’s character Steven in action as he tries valiantly to “be there” for his best friend in his own awkward way. I was laughing pretty hard during those scenes. So far there are really funny moments, and then at least one pretty solemn or serious moment per episode. It’s a show I find myself wanting to watch alone (at least for the first viewing) since I admittedly have teared-up at times.

In episode one, Owen (Tyler James Williams) was great. Williams was amazing on Everybody Hates Chris, so I was happy to see him here! And Bill Cobbs (playing George) was magic in episode two.

I really hope this show makes the cut, and does indeed, Go On.