This Sunday, I’ll be participating in the PF Chang’s 30K. I hope to be done with it in under 4 hours, but don’t want to get my hopes too high. It took me a little over 3 hours to complete the 25K, since I hit the wall. The weather in Honolulu has been really humid lately, and hopefully, that trend does not continue through Sunday!

Here’s a picture taken by Diamond Head lookout while I was out on a run:

I’ve always carbo loaded the night before with a spaghetti dinner with meat sauce and garlic bread from Zippy’s, but thanks to some friendly advice from @elementalgeek and @liltree on twitter I started to become aware of the fact I should carbo load more than a night in advance. Kirstyn also gave me some advice to consume carbs two days leading into a long run. Last weekend I tried carbo loading for two days before my long Sunday run, and consumed about 400 grams of carbs each day. I did have a lot of energy on my 12 mile training run, but I also gained 2 lbs. >:(

Kirstyn suggested I cut my intake of carbs down to 200 grams a day for two days leading into the run. I plan to carbo load with poi, okinawan sweet potato, japanese sweet potato, brown rice, and rye bread. This will be my first time trying this before a race, so I hope it works out!

So Friday, and Saturday, I get to have twice as much carbs as usual. :D Awww yeah!!! For the run, I’m bringing my favorite, Hammer brand gel packets. I like Banana, Chocolate, and Espresso. I have yet to try their other flavors. I tend to down one packet every 6 miles. Each packet is 22g carbs, and 90 calories. (I didn’t have any during the 25K a few weeks ago, and hit the wall at 12 miles). I also plan to stop at all the aid stations along the way and grab some water and gatorade. 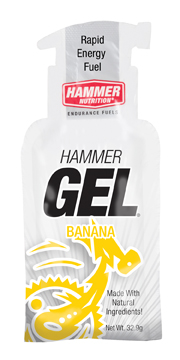 Since I’ve been trying to lose weight and gain muscle, I consume more protein than carbs, and workout almost every day. I feel stronger, and more confident because of it. My back pains are no longer an issue in everyday life. I can carry more stuff up and down the three flights of stairs to my apartment. It’s pretty cool. I avoid simple carbs: white rice, desserts, breads, candies, etc.

The morning before the race, I plan to down a smoothie at least 2 hours before start time, that will contain kale, protein powder, water, a little greek yogurt, and peanut butter.